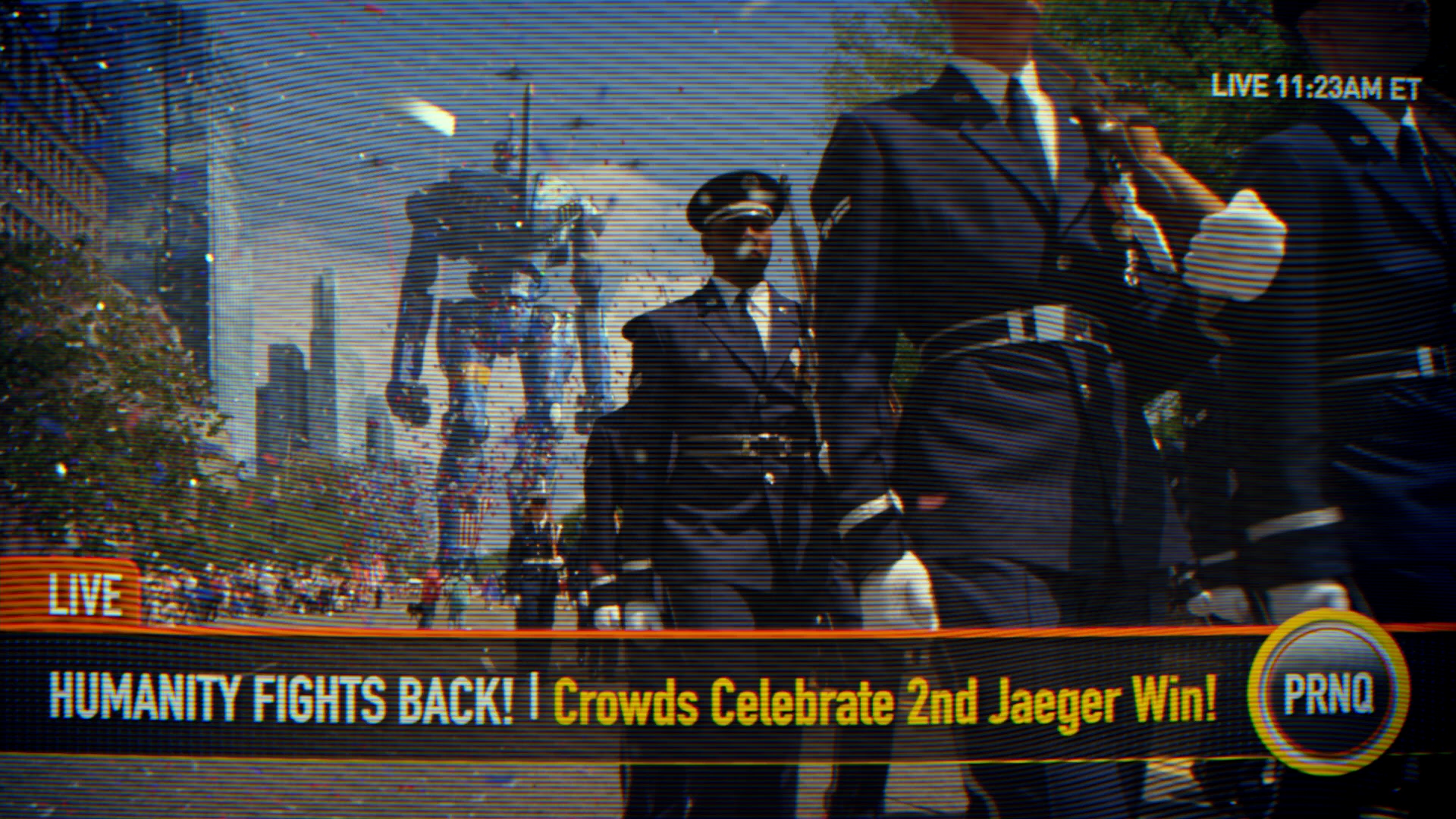 A lot of people felt that Pacific Rim used shortcuts by having most of the fights at night/dark areas. But honestly, I feel as if that’s not it at all, and that having them in the dark was a wise decision.

In well lit scenes (or daytime, in this case), like above, you see how both Jaegers and Kaiju lose their grandiose stature. And it isn’t that they lack details, because there are impressive details visible when they are well lit. However, they do come off flatter since they lose a lot of the shadows that helped convey their massive volume and depth.  And the lights on both Jaegers and Kaiju are pretty much lost during these well-lit scenes as well.

However, it was still very important for them to have these scenes as a comparison to how they end up looking during the darker parts of the movie.