Lighting Journal #40 – Telltale, The Wolf Among Us 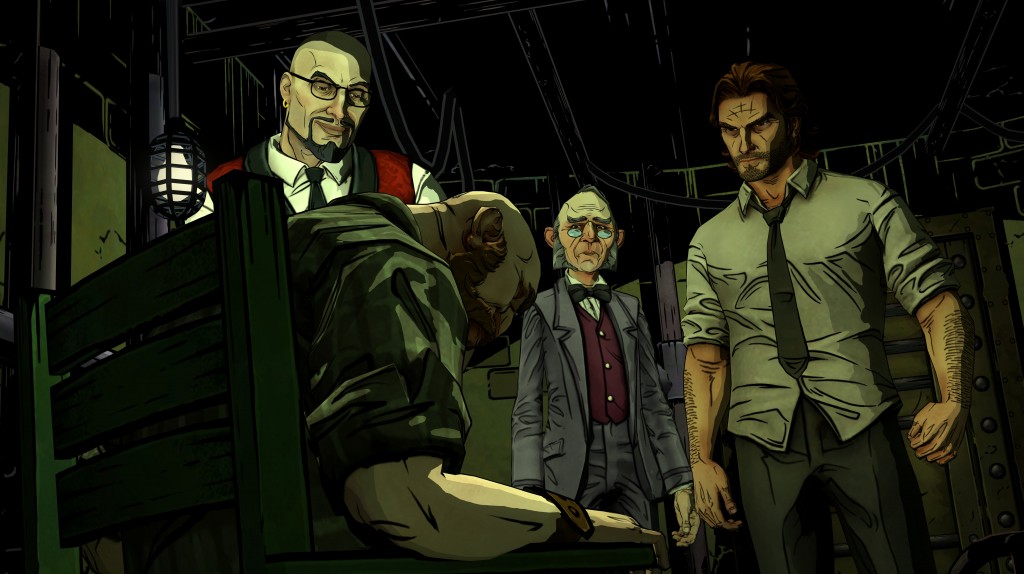 I think it’s primarily because TWAU exists in a world full of fairy tale characters. Not only that, but it tended to vary – exploring the good parts and bad parts of a city with electricity so there was no need to stick with the realistic lighting that it had to in TWD.  Telltale got to explore with more outlandish colors – the neon shades for the shady parts of town, the rich warm reds/yellows for indoor settings, and the cool/greens for other settings.

Honestly, the screenshots don’t do much justice as the game is packed with 4-5 hours worth of gameplay, where the audience is exposed to all sorts of lighting decisions meant to enhance the story (there was one scene I remember in particular: a dark room with a TV as the main source of light that was constantly changing the feel of the room due to the color shifts). But I do really love how, in the screenshots above, Telltale employs the use of primarily a single light source (visible or not) that gets carried by the characters which in turn enhances the mood as well as draw the audience’s attention.