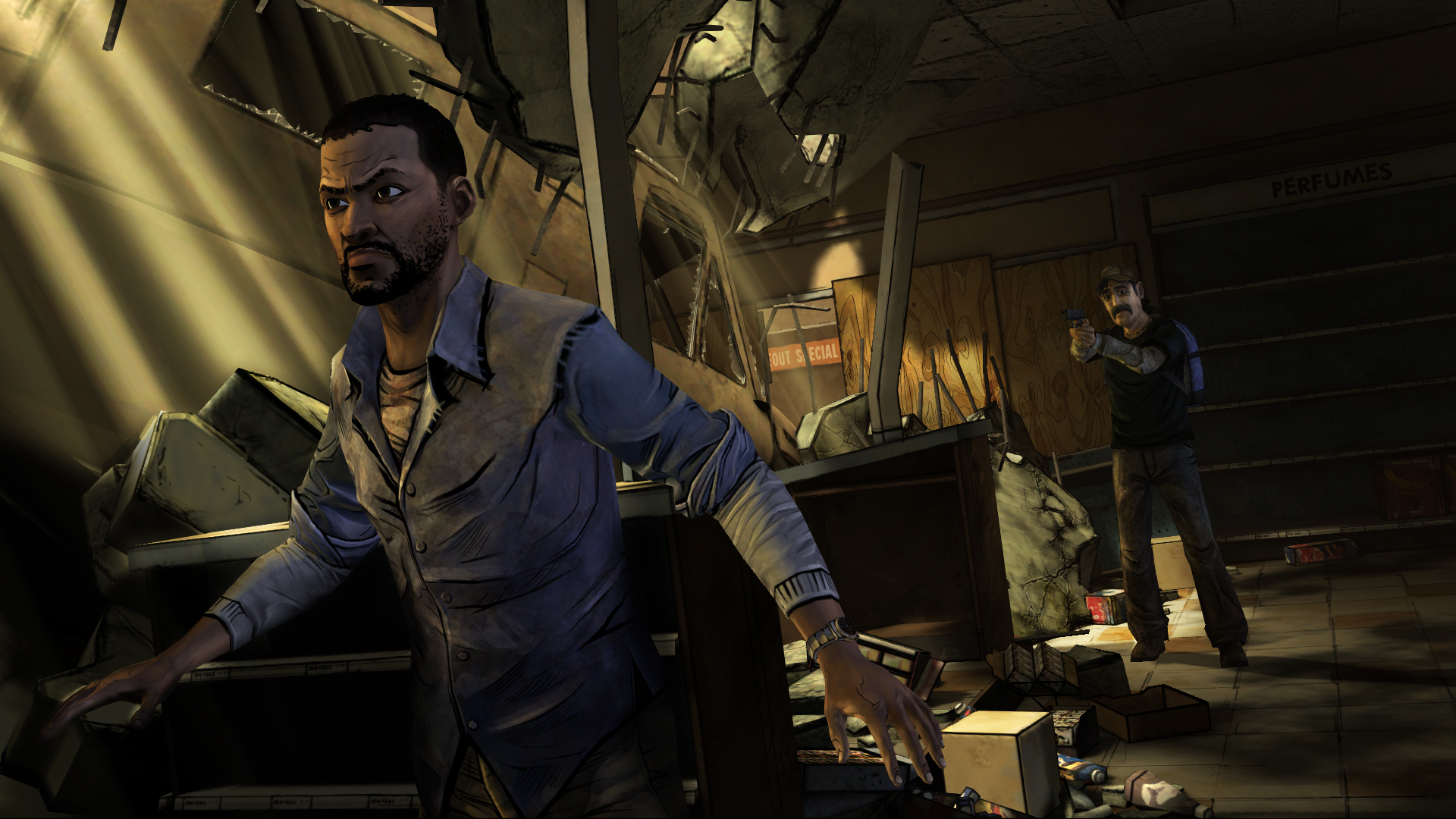 The Walking Dead is Telltale’s adaptation of the original comic. Since it’s release and subsequent games, Telltale has made a name for itself as one of the best companies to release interactive games rich with story and cinematography.

Given the setting is a post-apocalyptic world full of zombies, Telltale was restricted to creating scenes that employed natural lighting. However, I think their talents and creativity really came out during the sunset/night scenes and scenes inside buildings, as they had to find a multitude of ways to light areas and characters that’ll enforce what was happening in the story while maintaining the issue that there was no electricity in this world. But this usage of gaps in the structure/windows or candles/fires as light sources really helped carry the drama and tension throughout the game.